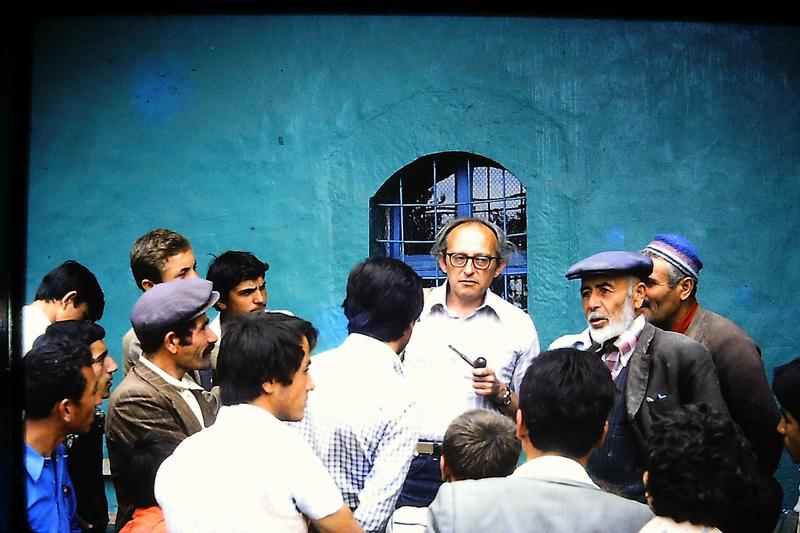 Cyril Mango speaking to villagers outside the mosque at Yürme, July 1979 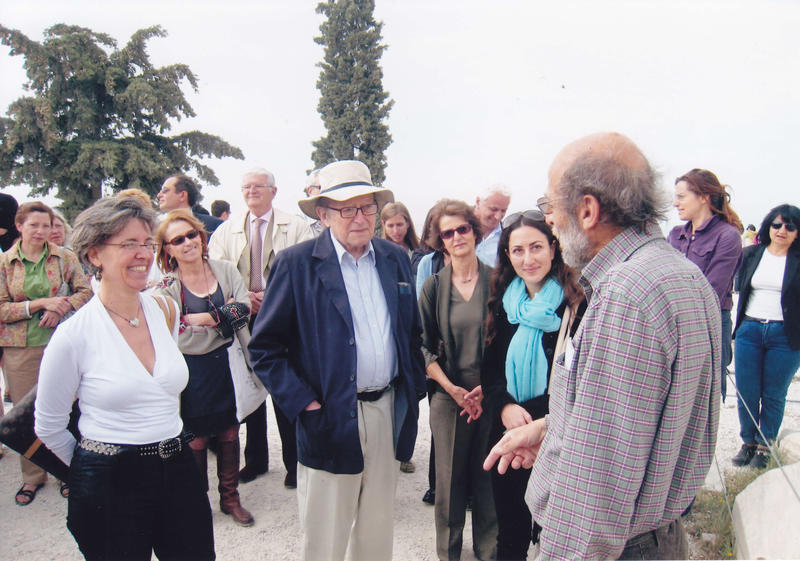 2008 at a tour given by Manolis Korres for the symposium "Byzantine Athens: Monuments, Excavations, Inscriptions", organised at the Gennadius Library by Maria Georgopoulou and Anne McCabe. 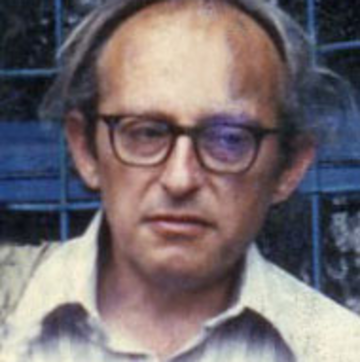 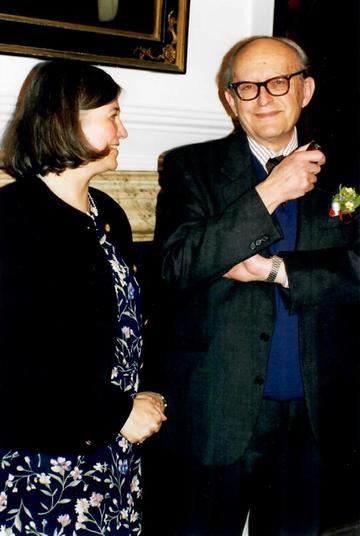 Cyril and Marlia Mango on the occasion of the presentation of the Festschrift by Ihor Sevcenko for Prof. Mango's 80th birthday

Cyril Mango was one of the great scholars of the modern age. Cyril was from a background of impeccable origin for his later expertise in Byzantine history. Descended on the paternal side from a Genoese family with ties to Chios with a father who became a British citizen, and with Russian ancestry on his mother’s side, it was perhaps inevitable that he would grow up in the great imperial city of Constantinople/Istanbul. Born in Istanbul in 1928,  he was brought up multi-lingual, speaking Greek to his father, Russian to his mother and French as a family – while equally comfortable in Turkish, Italian and Spanish.

He was precocious and brilliant from an early age, showing a prodigious command of the history, monuments and topography of the Queen of Cities to famous visitors. When Sir Steven Runciman asked to be shown around the city by its best guide, he was surprised to be met by a young Cyril Mango – and even more surprised that the teenage boy was not only ferociously intelligent but already in possession of an encyclopaedic knowledge of the former imperial capital.

Mango’s talent was spotted early, leading to study in Paris and at St Andrews’s, then earning him a Junior Fellowship at Dumbarton Oaks (Harvard) in his early 20s. He edited Dumbarton Oaks Publications before rising through to become Associate Professor of Byzantine Archaeology. His first major book, The Brazen House. A Study of the Vestibule of the Imperial Palace of Constantinople was published in 1959 and remains a classic, as does his Materials for the Study of Mosaics of St. Sophia at Istanbul (1965).

In 1963, he took up the prestigious Koraes Chair in Modern Greek and Byzantine History, Language and Literature at King’s College, London, still aged only 35. He spent five years in London before returning to Harvard and Dumbarton Oaks as Professor of Byzantine Archaeology. In 1973, he moved one last time to Oxford as Bywater and Sotheby Professor of Byzantine and Modern Greek Language and Literature, holding this chair for more than two decades before his retirement in 1995.

Cyril was prodigiously talented and astonishingly versatile, comfortable and adept not only in many languages, but also in disciplines ranging from art and architecture to archaeology, palaeography, epigraphy, numismatics and sigillography. He was a man who not only exhibited but expected the very highest standards of intellectual acuity, qualities that kept many who came to deliver papers at the Late Antique and Byzantine Studies seminar on their toes. However, it also resulted in several generations of young scholars who learned their craft at his table: the number of academics in senior posts around the world that are held by Cyril’s former students is quite astonishing.

His Friday morning reading classes were the stuff of legend – occasionally terrifying, but always stimulating and rewarding. He showed how high the bar would, could and should be set for aspiring young scholars; and while Cyril could be demanding, he was understanding and encouraging, as long as he spotted determination and a spot of talent.

As well as nurturing younger minds, Cyril produced outstanding books on Byzantium: the empire of New Rome (1980), a typically combative overview of the subject; Byzantium and its image: history and culture of the Byzantine Empire and its heritage (1984); Le développement urbain de Constantinople (IVe - VIIe siècles) (1985) (amongst others), while also editing The Oxford History of Byzantium (2002) which is still the perhaps the best introduction to the subject (2002). His elegant translation of The Chronicle of Theophanes Confessor (1997) produced with Roger Scott is as good as a translation of a complex Byzantine text could be.

Cyril had a wry sense of humour, and could be often seen with his trademark pipe in his hand and sporting a mischievous grin that was a good indication of his generosity and kindness. He would always read work by young scholars, and provide full, fair and helpful comments that were worth their weight in gold. His lectures before a study visit that he led to Istanbul with his wife, the distinguished art historian, Dr Marlia Mango, were of sublime quality. At the time of his death, Cyril was overseeing the very last details of a major book on Constantinople, which may well prove to be his masterpiece of masterpieces.

Cyril was a much loved figure in Oxford, greatly admired and occasionally feared for his brilliant and incisive mind. His death is a great loss to us in Oxford; to Late Antique and Byzantine Studies; and to the wider world of the humanities. He will be greatly missed. RIP 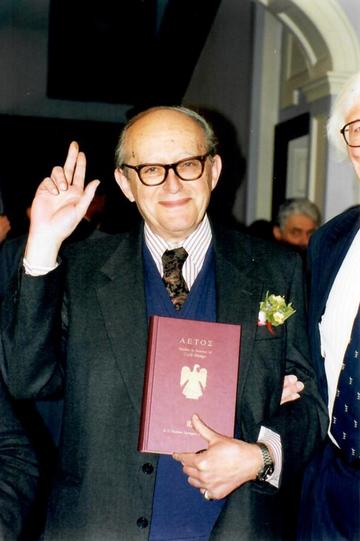 On the occasion of the presentation of the Festschrift by Ihor Sevcenko for Prof. Mango's 80th birthday, 1998.